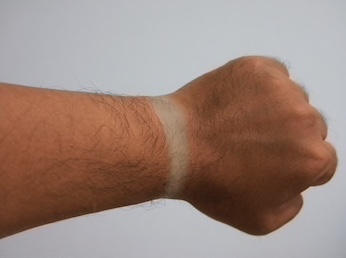 “OMG look at your tan.. you look great!”…and such like will be the most heard of comments at this time of the year. Many of our colleagues would normally be jetting off to or returning from sunnier climates. In the past and still today I too have enjoyed my travels to lands far from the rain.

The one difference when I have returned to our shores was no one ever commented on my brilliant and radiant suntan!!! I used to jokingly say “I’ve got a tan too!! Look…” as I moved my watch strap further up my arm so they could all see how “pale” I was before I went. Yes I wore a watch on holiday.. time wasn’t of priority to me, it was all about the evidence!

Please tell me I wasn’t alone in doing this..!!!

The rest of the year I spent joking with my colleagues “you have to spend so much money every year just to look the same as me!”

I’ve stopped doing that and I don’t worry about pale band around my left wrist anymore.

I still go on holiday though… to sunny beaches and warmer climes.

Casteldaccia, Sicily 2019, the last we went away before the pandemic locked us down.

So what’s this all about? …I hear you say.

There’s been so much in the news and social media about a variety of issues around ethnicity. The one stand out phrase for me is “people of color”. Yes “color” not “colour”. In this global landscape we find ourselves in the lines of what is ok and what is not are sometimes confusing. I, myself, am often confused. The reason this phrase stood out was because as I was scrolling my TL on LinkedIn I saw it flash up. I thought, “is it ok to say that?” .. I genuinely didn’t know. I know in the US it is ok but in the U.K.? This, as often the case, led me down a whole series of threads and articles and research material about language.

Over the last few years and definitely more recently I’ve come to realise that I was doing things, saying things and behaving in ways to try to fit in… to belong. I have always placed the onus on “me” fitting in. I know we all do that to some degree but do we always have to lose our authentic self?

When we start delving deeper and look at the self, one of the key overt components is your name. Your name, whether between friends and the nicknames you give, or in the professional environment has definitely exposed some of the vulnerabilities of the authentic self.

The BBC wrote this article Why your matters when applying for a job.

“The only thing that they changed was the applicant’s name, which they based on their ethnic background.

While 24% of white British applicants received a call back from UK employers, only 15% of ethnic minority applicants did.

I remember my own journey with my name. Growing up in a culturally diverse neighbourhood, my full name was always used. At least on the face it accepted. It wasn’t until I moved to my upper school, on appeal, that I started to feel conscious of it. My name wasn’t on any registers. For the first week I had to stand up or enter a class where my name was not on list. I then I had to go through spelling my name and then helping the teacher on its pronunciation. This in itself wasn’t the issue, I get it, people wanted to get it right. It just stood out as there were a couple of other new students who didn’t have to keep doing it.

At the age of 18 moving to the northeast and university… I shortened my first name. I allowed people to use my shortened name. I thought I had taken affirmative action so I didn’t have problems. What I had done, with hindsight is given away a bit of me. Apart from on “official” documents.. my name is still shortened. Now I choose to have it that way and don’t flinch when I hear my full name.

There have numerous occasions where “my identity” has been challenged over the years. I don’t just mean by others but by me. I remember meeting a client who I had only spoken on the phone to previously saying to me “I didn’t realise you weren’t English”. He then laughed and said “you know what I mean”. At the time I laughed it off too and explained I’m about as English as you get “I love Indian food, try to get a tan, love football…” Every time that happened I was in reality giving away a bout of myself. Secretly I was also “pleased” that I had reinvented my “self”. Who in their right minds wants to stand out like that!

After 9/11 I remember walking to my office in Canterbury and feeling the eyes of passers by on me. They probably weren’t but I definitely felt very self aware. At the time I really wanted a T-shirt to say I’m a Hindu not a Muslim. I will not blow you up. This is me being honest. Hindsight makes me embarrassed and appalled by my minds reaction. This situation perfectly illustrates the difference between self preservation and “standing up for fairness”. All I was really saying was “it’s them not me”.

My daughter at the age of 6 had already started having issues with here last name to the point where she wanted to change it, to be more accepted amongst her peers. That was a tough time. Twelve years on.. she now embraces her unusual name BECAUSE it stands out.

It wasn’t until I started working in Luton that discovered how disconnected I was from my authentic self. For most of my life I inwardly celebrated my illusion of self, almost a badge of honour. When I was jokingly called a “coconut” not so long ago, I finally started to wake up. I looked around and I couldn’t see myself anymore. I was hearing stories of racism of al types. Why hadn’t I seen or noticed it before?! I had removed myself so far from this that it didn’t exist in the world I had fabricated. The rest is of course history.. you don’t have to research or read too much to realise how bad the situation actually is. Once I looked through my authentic lens it dawned on me that I too had been subjected to racism in various forms. As I mentioned in a previous blog, I didn’t sleep for months after this. 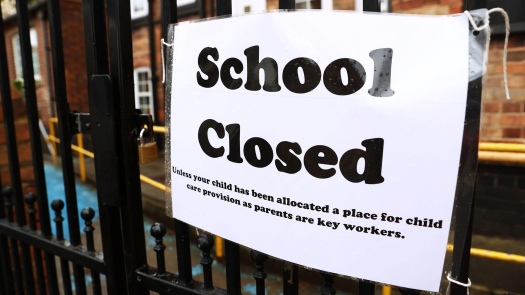 So as we enter a new era of honest conversation post lockdown, what will change when we hit the reset button?!

This recent article from CIPD looks at some of the affirmative actions that can take place.

CIPD BAME Addressing the barriers to employee progression to the top

I sincerely hope so…

One Reply to “Why I wore a watch on holiday..”

My Tweets
Follow #BAMEintoLeadership on WordPress.com
Join 2,492 other subscribers